The years 1992-1993 were witnesses of enormous violence; great cruelty was rampant all over the world: Xenophobia increased significantly and nazism, unbelievably, re-emerged. Corruption continued to show its shamelessness before the so-called advanced societies. Criminals ridiculed Justice time and time again, without a Law to contain them.

In contrast with the advances of Science, Morality withdraws, diminished. Facing the abyss at which Mankind teeters when it is corrupted, Marcos Aguinis recovers a key element for the constitution of the structure of man and society: Guilt. In this outrageous and controversial book, Guilt speaks.

With subtle and brilliant craft, and a deliberately flattering tone, Guilt exposes the reasons for its unjust vilification -misunderstood psychoanalysis tried to eradicate it, considering it negative- , and proves that while an excess of guilt is intolerable, the absence of guilt is more dangerous: It sinks Mankind to the level of rabble. Psychopaths, Guilt points out, perpetrators of the most heinous crimes, never feel Guilt, do not have a Law, do not own memories. “Elogio de la Culpa” allows us to believe in a possible order; it trusts that Mankind shall think again and shall start giving value to an element that has always been at hand and that it should use in its favor. 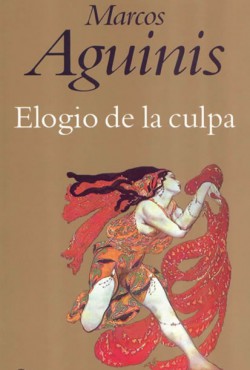