The founder of the Red Army and the leader—together with Lenin—of the Russian Revolution of October 1917, the intellectual who created the idea of “permanent revolution”: that is the protagonist of this novel by Marcos Aguinis. It is this same Leon Trotsky, during his childhood and youth, which allows the author to unleash a literary feat: a coming-of-age story that follows the footsteps of a passionate transformation, culminating in the construction of a key figure who changed the history of the twentieth century.

Aguinis introduces us to a fascinating story, the ins and outs, the lights and shadows of a unique moment in time that culminated in the Bolshevik Revolution, Communism’s watershed moment. The text adheres to the fluctuating ideological glimpses of the protagonist and his circumstances. But his greatest achievement, his delicate piece of craftsmanship, is to discover the essence of the man above all things: a man with dreams that could actually become reality. In Liova (as they called young Trotsky) the action takes us from childhood to the very peak, passing through his first writings in Odesa, his exiles in Siberia, his escapes across the wolf-ravaged steppe, his training as he crossed half of Europe, his loves found and lost, his contradictions, his family betrayals, and the great names (Maxim Gorky, Lenin, Rosa Luxemburg) and gestures of domesticity that is disarming. This novel, which displays astonishing intensity, sheds new light on the figure and on history, but thanks to the narratives chiseled by Marcos Aguinis it reads like a vibrant adventure tale. 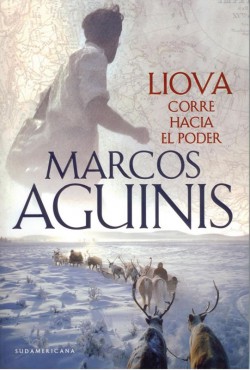