Italian journalist and intellectual Margherita Sarfatti (1880-1961), daughter of a rich Venetian family of Jewish descent, was Benito Mussolini’s biographer—as well as his lover for twenty years—and shared some of his most decisive moments in the inception and development of the fascist movement in Italy, clear root of populism, both for the left- and right-wing. After an extensive and rigorous investigation, Marcos Aguinis gets his voice back and uses it in a remarkable historical piece in which—based on Margherita’s written work and after creating an ensemble of history, review, essay, and novel—he builds a singular interview, insightful in more than one way.

This conversation, always kind, but never complacent, unfolds in a fast, sharp, smart, and easy manner. In his discourse, he never leaves aside any aspect of the private life of this man who imposed a totalitarian and authoritarian regime in Italy; no detail eludes him. Through these pages we witness how Mussolini’s main weapons as a journalist march on, his military career, his political ascent, his link with Adolf Hitler, and his crucial participation in the Second World War, but also his volcanic intimacy and the darkest traits of his personality. An authentic masterpiece, Populism’s Mistress ratifies Aguinis as one of the most lucid intellectuals of our time. 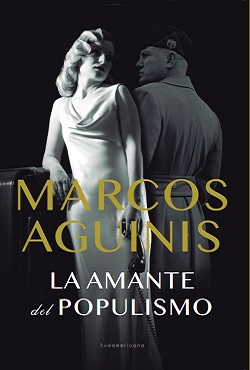