As indicated by the title, this interpretation is based on Marcos Aguinis’ preoccupation for religious issues as well as his dedication to the study of militarism in Latin America, that is, the political predominance of the armed forces and the glorification of their ideals and prejudice. It offers an analysis of the writer’s works from different thematic and theoretical perspectives.

Thus, the second chapter will focus on the study of three of his novels. La gesta del marrano (The Marrano’s Exploit; 1993), La matríz del infierno (The Matrix of Hell; 1997) and Refugiados, crónica de un palestino (Refugees; 1969), as well as his essays and short stories, from the point of view of his Jewish and Latin American identities. While this is only one of the many thematic venues among Aguinis’ variegated interests, it is undoubtedly one of the salient motifs in his writing. Therefore, after an introductory approach to Jewish writing and Latin American Jewish writers, the first sections will concentrate on this issue.

Although Austrian (Czech) novelist and short-story writer Franz Kafka (1883-1924) felt proud of his Jewish heritage, he did not explicitly reflect his identity in his characters and works. His Jewish condition, however, was probably present in his description and denunciation of oppression, through the overwhelming feeling of frustration and guilt characteristic of his characters, and the claustrophobic settings in his prose. Similarly, many of Aguinis’ novels, short stories, and essays do not have Jewish characters or settings. They reach a more universal audience through the representation of the injustice suffered by different social groups throughout history. This is the case of La gesta del marrano, conceived as an anthem for freedom, where Aguinis not only exposes the persecution of Jews and converts, but also the exploitation of Blacks and indigenous people. In this context, the third chapter will veer toward the representations of a different faith, Christianity, in his novels La cruz invertida (The Inverted Cross; 1970) and Los iluminados (The Enlightened; 2000). The first novel portrays the controversial emergence of progressive priests, close to Liberation Theology and the Movement of Priests for the Third World, in Latin America. While this novel does not deal with Jewish issues, at the time of its publication some critics stated that its author had to be Jewish, because it would have been difficult for a Catholic to create such a strong representation of the hypocrisy and contradictory attitude of the ecclesiastic hierarchy. On the other hand, Los iluminados deals with globalization, U.S. fundamentalist sects, and their connection to international drug trafficking.

Along with the depletion of religious conflicts, Aguinis’ works propose the democratic alternative to the abuses against human rights committed by militarism in Latin America. Chapter 4 will focus on the author’s psychoanalysis the military mentality as reflected in two novels and two essays. The novel La conspiración de los idiotas (A Conspiracy of Idiots; 1979) reflects the nightmarish atmosphere in Argentine society during the dictatorship and the government’s obsession with conspiracy. In contrast. El combate perpetuo (Perpetual Combat; 1981), offers a more optimistic and positive description of this social group through the biography of Guillermo Brown, a military hero. The essays Carta esperanzada a un general. Puente sobre el abismo (Hopeful Letter to a General; 1983) and Nueva carta esperanzada a an general (New Hopeful Letter to a General; 1996) criticize many aspects of military life, with a special emphasis on their educational methodology.

Finally, Chapter V will close the book with the analysis of two early novels. Cantata de los diablos (Devil’s Cantata; 1972) and Profanación del amor (Profanation of Love; 1982), conceived as national allegories that announce some of Aguinis’ obsessions, such as personal freedom and the mentality of the marrano (cryto-Jew). These are some of the main perspectives and issues that are analyzed in this book, along with many others that complete each subdivision. Yet, evidently, Aguinis’ oeuvre can be approached from alternative perspectives and thematic views.

This study contextualizes Aguinis’ fiction in the historical space in which the stories take place, paying special attention to the cyclical recurrence of oppression, intolerance, and discrimination. His literature travels through space, time and the memory of human beings in search for an explanation to their behaviors and emotions that will eventually be applied to the social and political debates of today’s Argentina. Among other topics, it deals with the Sephardic Diaspora, the Holocaust, the creation of the Estate of Israel, and the Argentinean “Dirty War.” In some cases, the pathological behavior of the characters becomes a national allegory. His novels demythologize history and attempt to fill out the ontological uncertainty of postmodern culture, through the characters’ subversive quest for truth, conciliation and pluralism in the midst of the turbulent situations created by the crises of assimilation and identity characteristic of multiethnic societies. 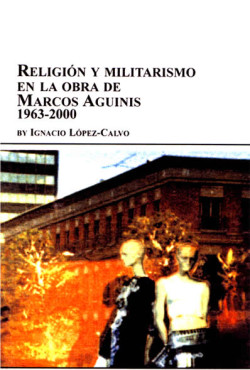