Sabra, Alone Against an Empire

At the age of 12, Absalom Feinberg founded a group that sought to oust the Ottoman Empire from his country—the starting point for an epic story. He had a passion for literature and nature. He enjoyed adventuring in the desert, as well as in in the Paris of the Belle Époque. He was entangled in love affairs and facilitated the advance of the liberating British army during World War I.

His adventures wove together in an enigma that remained unsolved until half a century after his mysterious death. The narrator of this novel, which combines the tension of true saga with the weight of history, is a so-called “historical detective,” who in 1967 is determined to investigate Feinberg’s death and the many clues he left behind. In this way we enter a world that is at once familiar and exotic, studied and unknown, of bold espionage and cruel battles, of stubborn idealism and of great sensitivity that exalts the human condition.

This book blends together unique style of Marcos Aguinis and the scholarly knowledge of Gustavo Perednik to create a novel of suspense and thrilling action, a story that will only unveil itself toward the end, leaving the reader absolutely astonished. 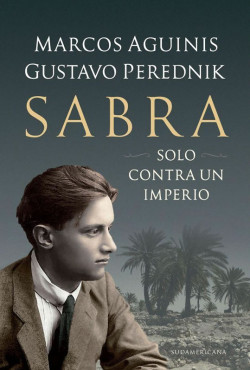