This novel, winner of Spain’s Planeta Award in 1970, may be considered a biting portrait of Latin America. The plot unfolds in an unspecified country that is really a synthesis of a continent that yearns for its lost unity. It was considered a prophetic novel, in light of the intensity of its denunciations and its foreshadowing of the dictatorship of the 1970s. It is still a novel with current relevant for hundreds of thousands of readers. Humankind—contradictory and abysmal—carves open its anatomy in a multitude of cuts.

Some characters assume traits of caricature. Their presence and thinking at different levels are usually interwoven through the leitmotifs of the epistle and the use of italics, punctuation, or cruelty.

“The Inverted Cross” prompts reflection at every turn. Many chapters bear the name of the books of the Bible that inspired them, at the same time comprising a closed unit. Their language reflects the face of this Dionysian continent: luminous, enigmatic, ironic, grotesque, capricious, sadistic, tender, and almost always symbolic. As in the Bible—a novel of the Cosmos—totality attempts to be absorbed (and with it, Good, Evil, and Grey), but its designs are cut short by frustration.

Between reason and delirium, winds of hope blow. A review in Primera Plana said of this novel, “In spite of the time elapsed from its first edition, the relevance of The Inverted Cross shows that it stands alongside those great works that contribute to the promotion of Argentine literature… Aguinis has never shown an inclination towards great declarations or sought enrichment from his writing; on the contrary, it is tightened down to offer the best he has to give.” 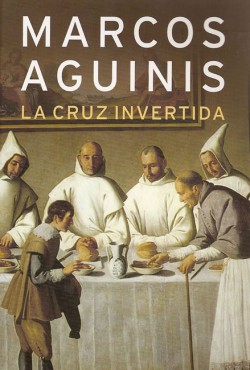