The Novel of my Life

What at is a profession, but a passion that is professed and pursued “seriously”?  What subtle threads can be drawn between music, neurosurgery, theology, history, psychology, literature and politics?

Marcos Aguinis journeys through the intimacies of his life as a succession of professions, chained together or overlapping, preciously spliced together or cannibalized until they are reduced to mere recollections. At the same time, he reflects on his personal quests and battles—his loves, his teachers, his frustrations, the day he saw his father cry—and combines them with sharp reflections about major contemporary turning points such as global shake-ups, the Arab-Israeli conflict, Algeria, the missile crisis, dictatorships, and populism. He does not shy away from confessing the imprints left by his travels and brushes with figures such as Ionesco and Filloy, García Márquez, Vargas Llosa and Borges, Edith Piaf and Heinrich Böll, Rajiv Gandhi, Illia, John XXIII, President Alfonsín and Pope Francis, among many others.

Here we have a web of illusions that these pages dispel—like in a magic act—to reveal the inside of the magician’s hat and to turn the seductive gloves inside out so we can see their lining. 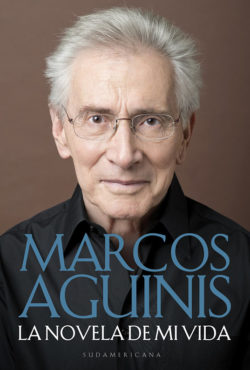