This dizzying and shocking novel by Marcos Aguinis is also the biography of an era. The action takes place first in Argentina and then in Germany. Its protagonists—Rolf, Edith, and Alberto—form a triangle that reflects the political and social conflicts of the 1930s (deservedly called “the decade of infamy”).

The woman that attracts both these men, for very different reasons, soon finds out that she is standing on the threshold of an inferno, at the dawn of destruction and the Holocaust. The architects of this tragedy parade across the background of the novel: General Félix Uriburu, journalist Ernesto Alemann, Cardinal Eugenio Pacelli, Himmler, Goebbels, and—most ominous and darkly—Hitler himself. Taking existing facts and figures as a starting point, the author uses these as the backbone of a plot that is full of intrigue and that transcribes the tensions of the most ideologically uncertain and belligerent years of the century.

All the characters in “Hell’s Matrix” are attracted to and repelled by each other, unable to escape either their passions or their historical fates. Masterfully told from different points of view, Aguinis’ novel reveals the nuances and backstage intrigues that history as a discipline takes a long time to consider.

Through the talents and discernment of the author of The Inverted Cross and Eulogy of Guilt, readers are guided to witness the core of a complex reality, the consequences of which are still as relevant today as ever. 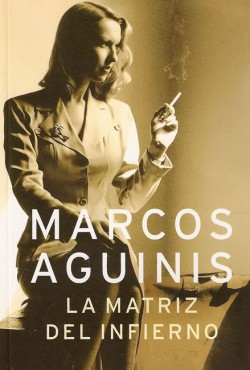